The stories behind Justine Mahoney’s new army of antiheroes

The stories behind Justine Mahoney’s new army of antiheroes

“Stories are a vehicle to help us through the lessons and trials of life. Their wisdom can guide us through the terrain of initiation,” says Justine Mahoney. “My most recent work, however, seeks to embrace the totality within – the darkness and imperfection together with the light.”

The nine bronze sculptures and corresponding digital collage prints in her solo show, Mage, delve into the tangled web of transformation that occurs from adolescence to adulthood. The figures are a syncretic hybrid of influences and images taken from popular culture, art history and the media. Each embodies a particular psycho-emotional struggle, cultural more or social behaviour that Mahoney sees as defining the current post-Millennial generation.

Mahoney constructs short stories about each, written in a free-association style that brings their struggles vividly to mind. These are their stories: 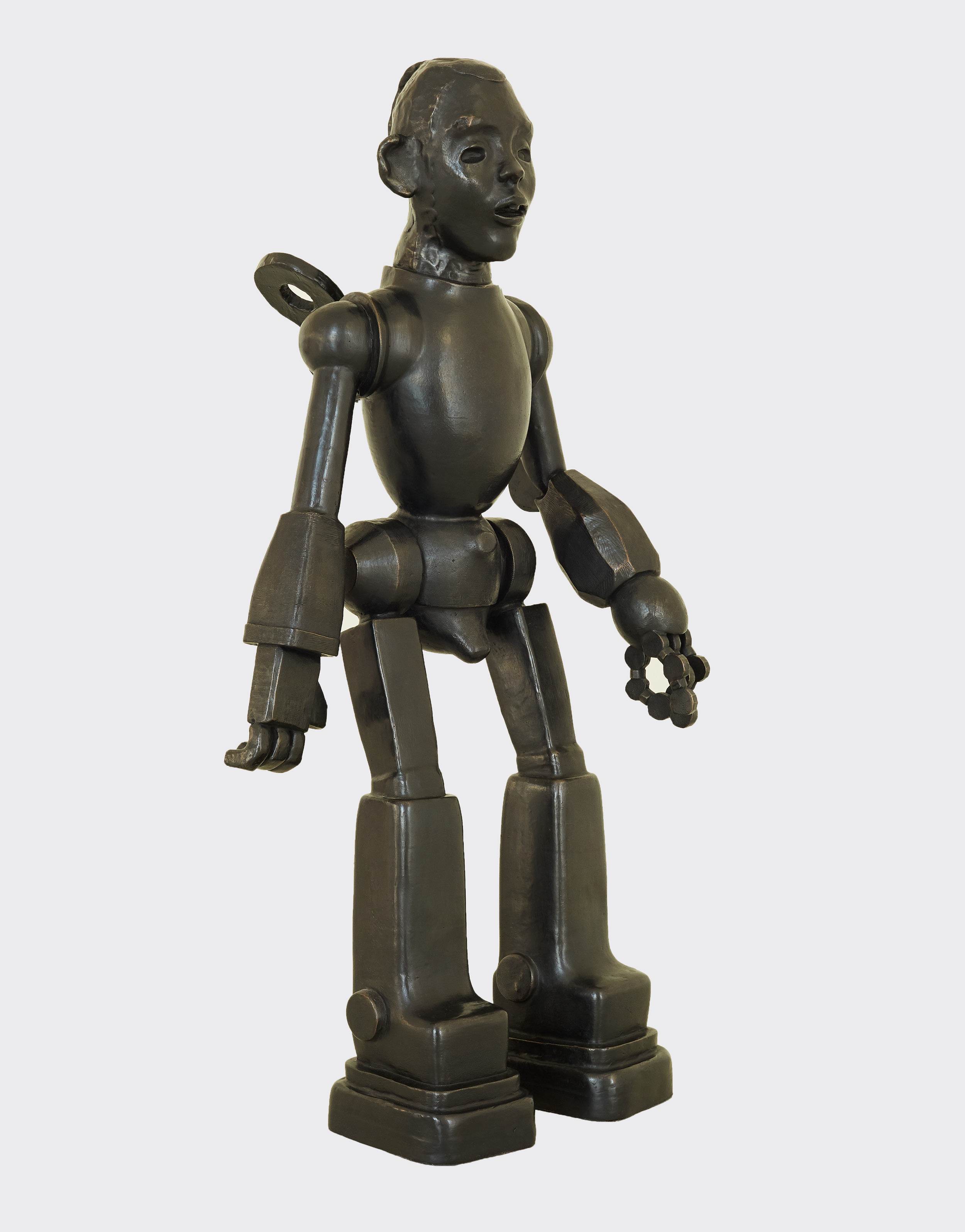 ‘Delirium’ is possessed by a force and runs on electricity. On a continuous search for WiFi. Never-ending pathways that lead nowhere. Who turns the key? In which direction does he turn? Immortality has taught him nothing, just kept him earthbound. Brief encounters with disembodied beings take him on tangents and he must keep on. 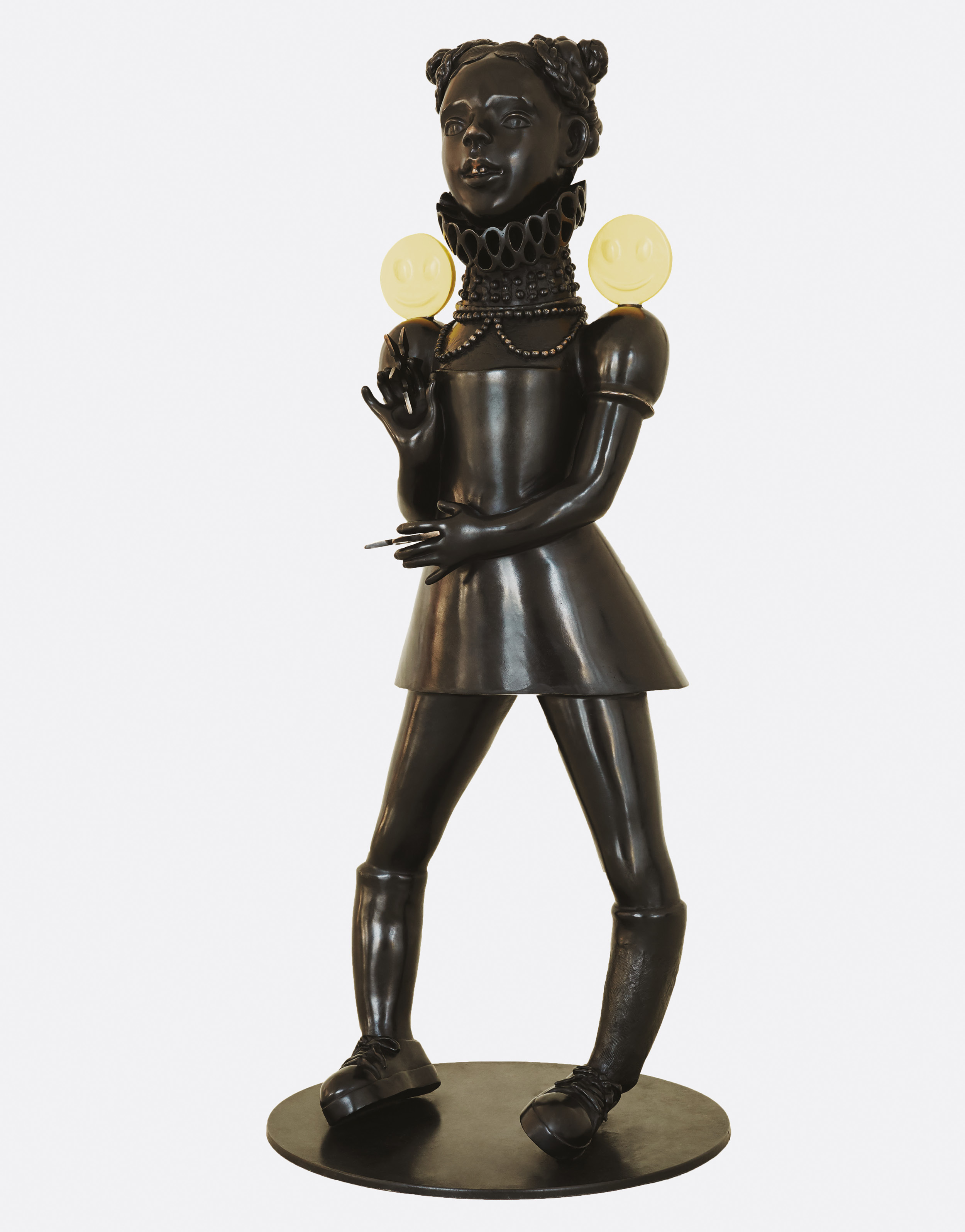 Her wisdom surpasses her years. Bent out of shape, ‘Majesty’ stands tall. With all that she has seen and traversed, the attainment of her title has been reached. Alchemical gold shines in her mouth. With ‘90s rave culture icons for luck she is about to make a turn on her road. 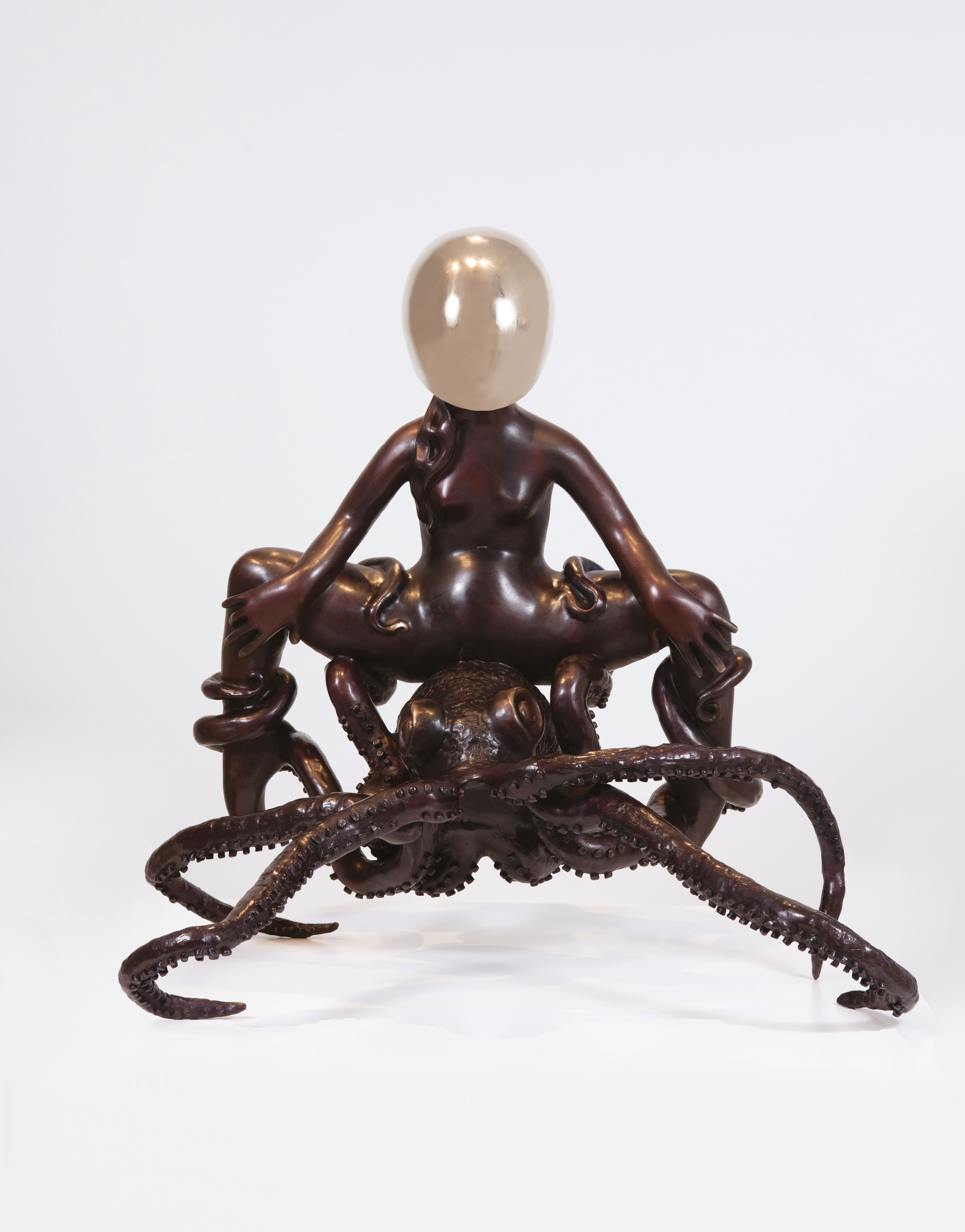 They meet under the water. ‘Pearl Diver’ is searching for parts of herself she has lost. When she cannot find her way back, her friend appears. She is partly re-assembled but has never found a pearl. When her helmet comes off she can see clearly, but she can’t go under without it. 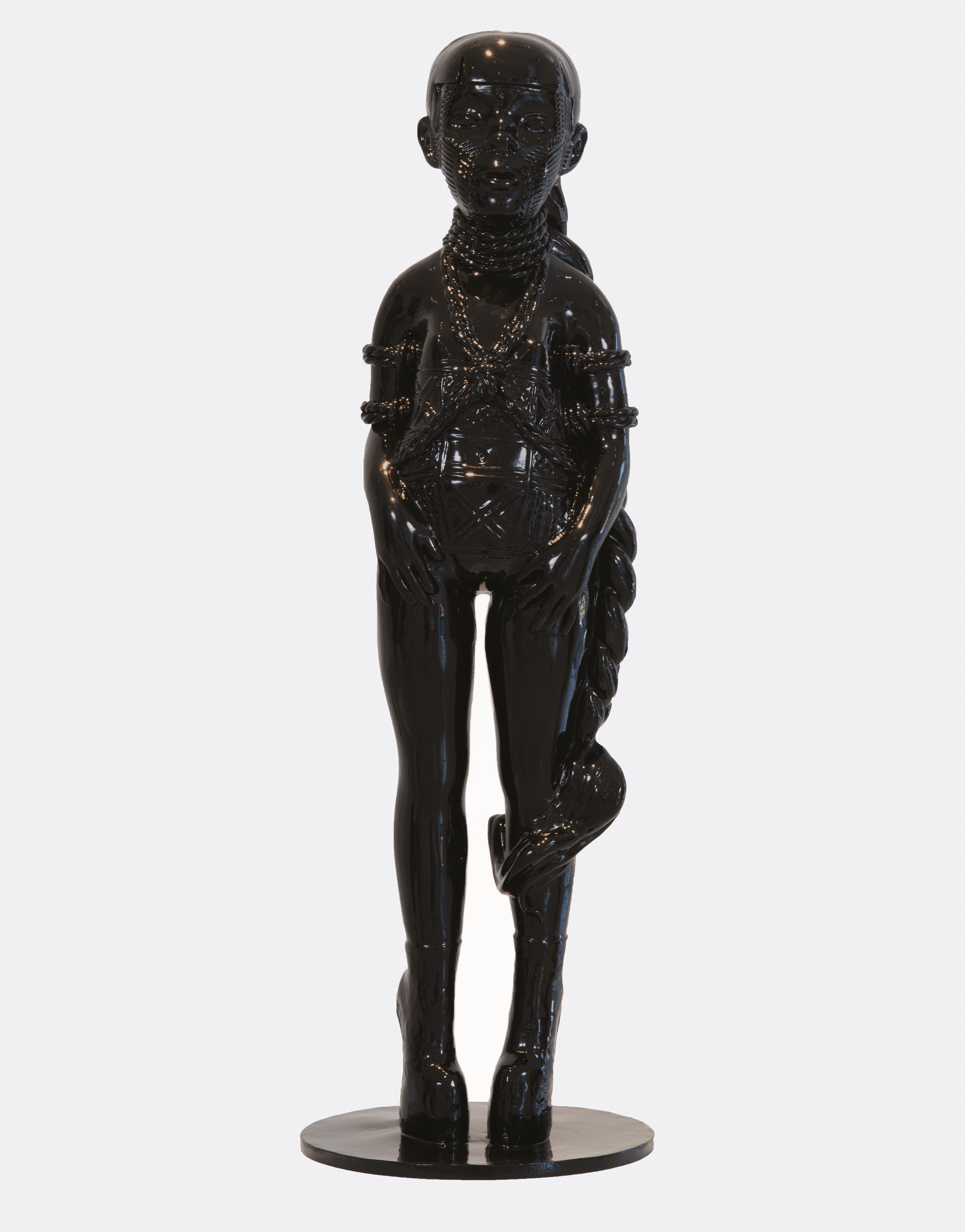 Bound tight, restrained. ‘Sufferance’ holds herself. Her shoes don’t quite fit. Her hair carries the stories of all her ancestors. Her skin is marked with many small cuts – blood-letting, imprints left behind bearing her rite of passage. She stares into her future. 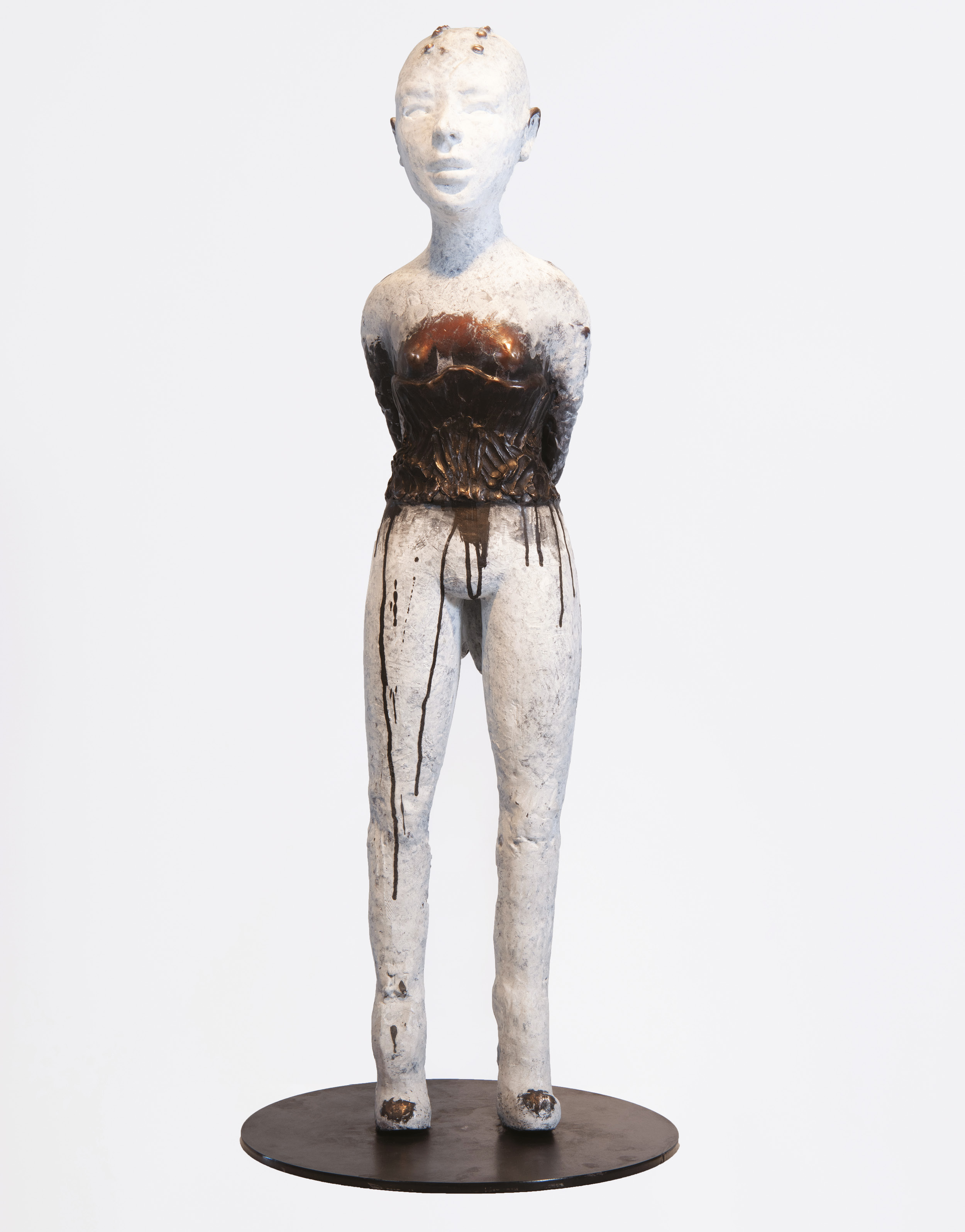 ‘Mage’ has reached a place of self-acceptance and love. Neither male nor female, they are at peace. There is no name for this gender except for “ze”. Ze could not have reached this place without their twin, ‘Sufferance’. 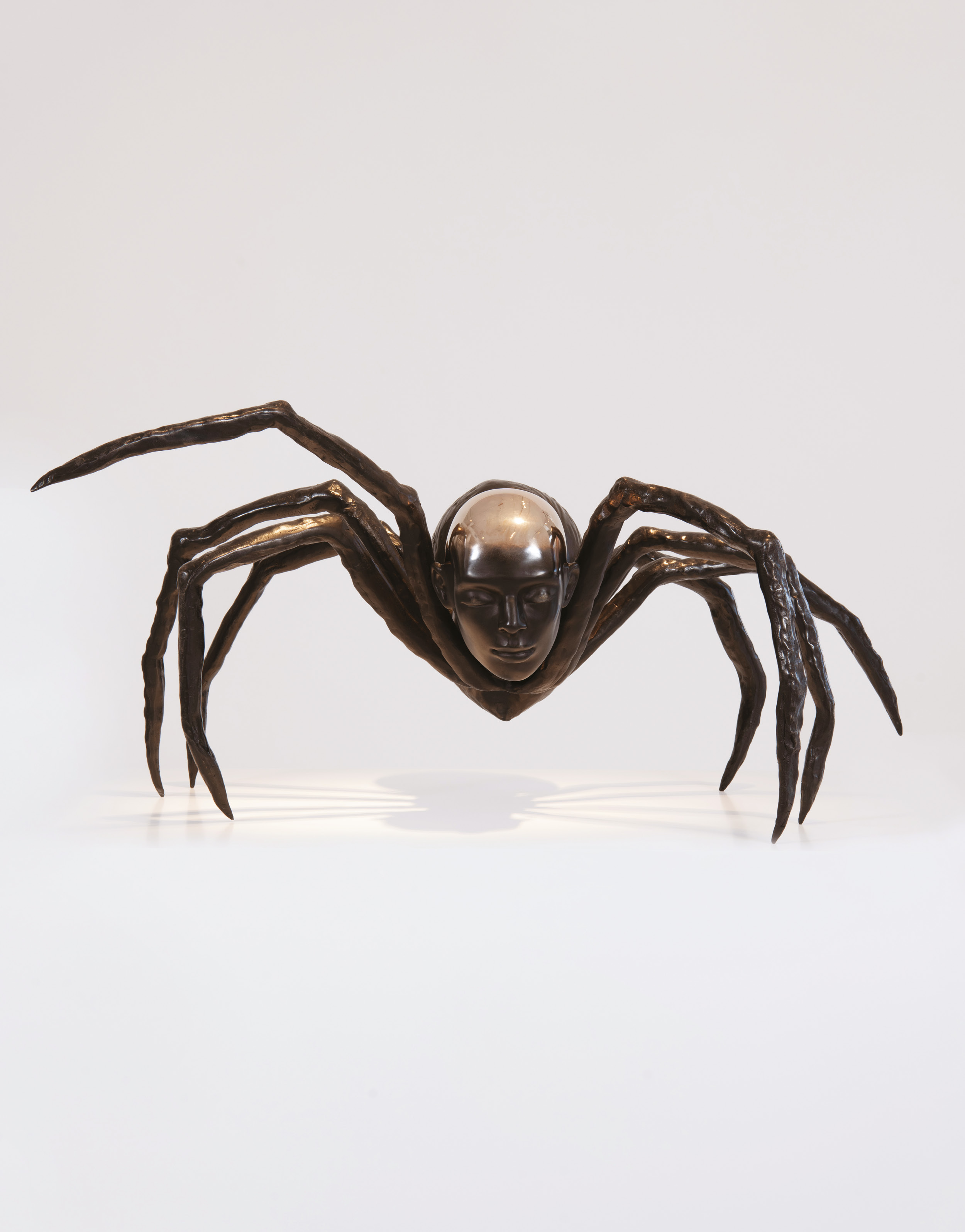 ‘Reaper’ travels to the underworld and back making webs webs webs. Catching victims. The labyrinth littered with glitches and dead ends. Leaving them all behind to continue the search for the next ‘like’. Scrolling through the never-ending story. No rest. Keep going. The gold armour scored in Terraria is his ultimate goal. Stop and all will come to him. 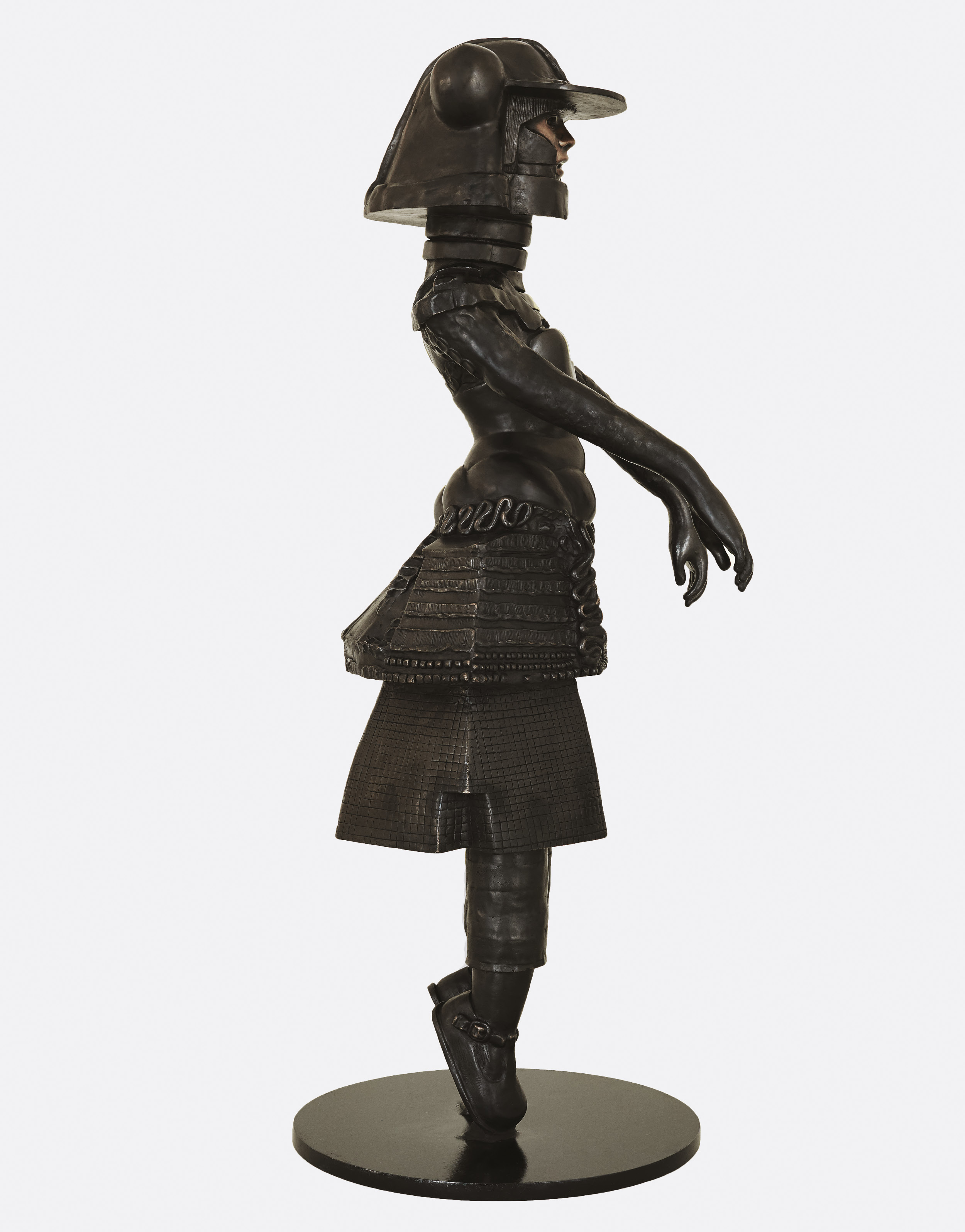 ‘Sleep Ninja’ is wrapped in armour and almost floating. Her soft inner core is impenetrable allowing her to drift in her dream state. She is an expert at navigating this terrain, lucid but asleep. This is where she finds the answers and courage to explore that other more real place. 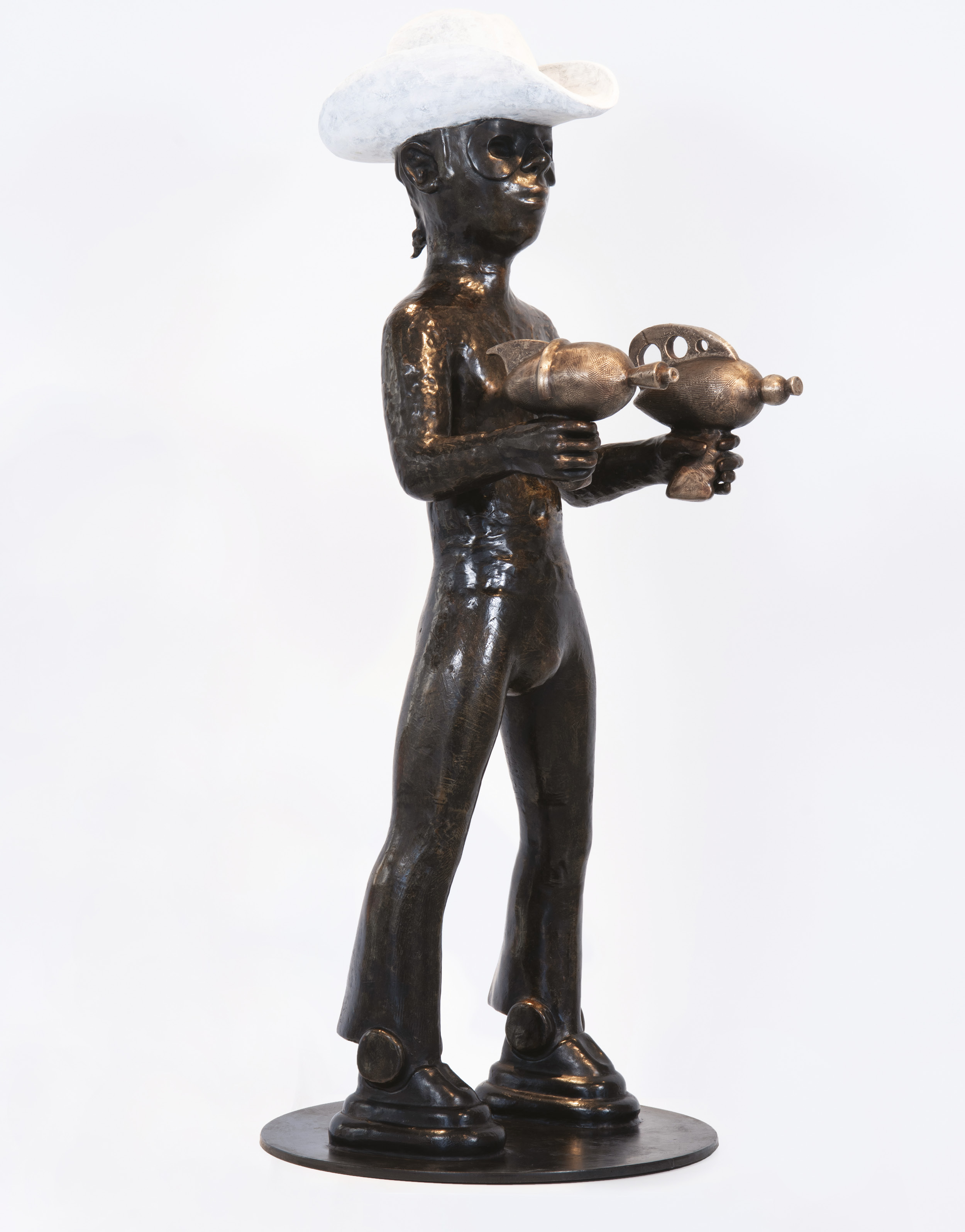 Slaying demons, fingers on the trigger. Are they real, imaginary or myth? ‘Trigger’ is transfixed, they keep coming. Where are they coming from? They are part of him. Laser beams are obsolete. This game is almost over. 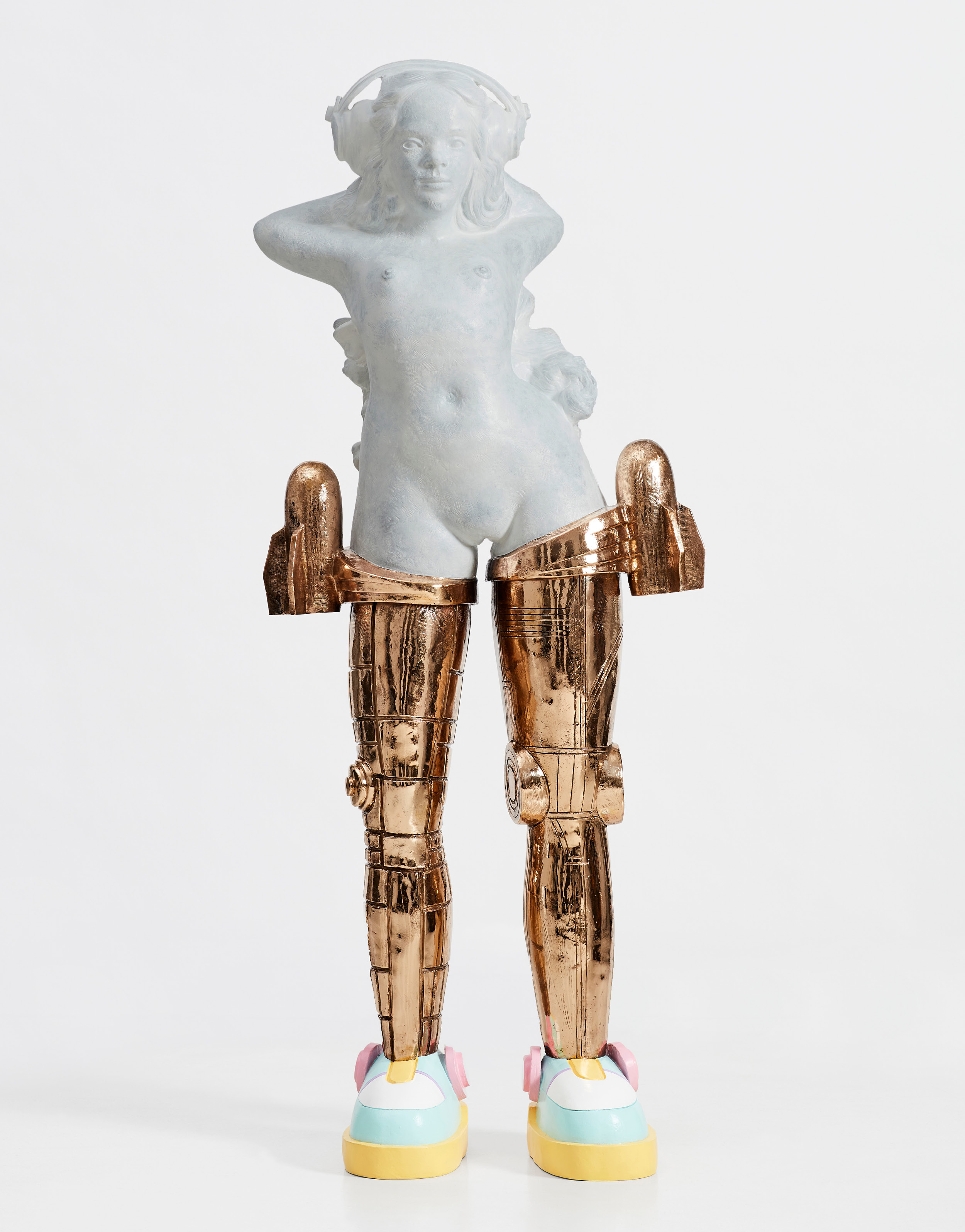 A ‘Venus’ of this age. Broken apart and reassembled. Propped up on C3PO legs, shoes from an old robot toy. She can’t hear you, she’s lost in the visions of herself reflecting back and back and back on repeat. She’s not scrolling, she’s listening to the hum of billions of screens. Transforming herself into updated versions of girl woman girl woman girl woman. Fully exposed, shameless.