Dior approached Southern Guild in 2019 to facilitate a collaboration with artist Chris Soal for the fifth edition of Dior Lady Art. So began a fascinating look behind the scenes at the French luxury fashion house, which applied exceptional, hand-crafted attention to detail to the making of the art bags.

For this edition, Soal was one of 10 artists from around the world invited to reinterpret the iconic Lady Dior bag as a unique work of art. They included  Joël Andrianomearisoa, Judy Chicago, Gisela Colón, Song Dong, Bharti Kher, Mai-thu Perret, Recycle Group, Claire Tabouret and Olga Titus. 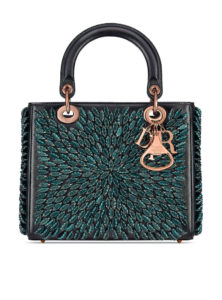 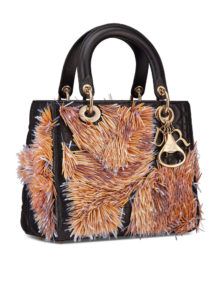 Soal created three designs for the Lady Dior bag that used his own practice and artistic vocabulary as a starting point. He covered the bag with folded bottle-caps bearing the Dior signature, suggestive of cowrie shells (an ancient form of currency in some parts of Africa), unfurling in captivating arrangements and colours. Another version was adorned in specially made toothpicks (custom-made so as not to be sharp), worked, painted and embroidered by hand, a unique expression of the infinite skill of petites mains artisans. In a playful twist, each bag includes a charm in the shape of a bottle-opener that becomes the “O” in Dior’s name.

Illusory effects hover between imagination and reality, duality and symbiosis, offering a new perception of the world and of fashion. 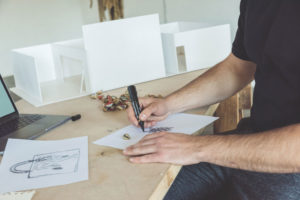 “I have taken material elements from my studio practice and, through dialogue and correspondence with the designers at Dior, found ways of integrating these materials onto the bag itself. The detail and consideration present within the existing classic Lady Dior bag also became rich material for me to engage with: paying careful consideration to the details in the lining, the zips, the charms, the stitching and the surface of the bag – all of which allowed me a template within and against which to work and channel my ideas,” said Soal.

“I was quite excited to contrast these materials [toothpicks and bottole-caps]  –  which are mostly considered worthless beyond their fleeting functionality – with the high luxury of the Lady Dior bag. As many of my works redeploy these materials to challenge societal assumptions of value, this felt like the perfect approach in this context,” he said. “As the Lady Dior bag is a symbol of luxury and would be utilised functionally to carry currency by the user, the adorning of the surface of the bag with these symbols of early currency became a way to have a historical and cultural dialogue across time and space with the design of the bag.”

The artist noted that the Lady Dior bag began its journey in 1994, the same year he was born and a significant year in the history of South Africa. He was especially inspired by the short but prolific, decade-long career Christian Dior himself had before his untimely death. “This made me think long and hard about the potential legacy that one can leave behind. It is encouraging also that platforms beyond the traditional art industry are present for artists to engage with. Platforms like the Lady Dior art project not only provide further exposure to broad audiences, but also allow for an expanded dialogue around art and luxury.”