Studio Hamed Ouattara, established in 2000 and situated in the heart of Ouagadougou, Burkina Faso’s energetic capital, is led by self-taught artist and designer Hamed Ouattara. His core mission is to transform local, cast-off objects into a new concept of modern luxury African design. The result is limited-edition metal furniture crafted from disused oil barrels that have been hammered, shaped and repurposed by hand, giving them a distinct aesthetic that has earned him international recognition.

Working in Burkina Faso, where constant power outages are the norm, and equipment is difficult to procure, all hinges, nails and tools necessary for each piece are crafted in-studio, meaning that every detail is carefully considered and utterly bespoke. In so doing, Ouattara’s work up-ends Eurocentric notions of luxury and stakes a claim for the role the circular economy can play in high-end design production.

Born in 1971 in Ouagadougou, Ouattara first studied accountancy and then fashion, before establishing himself as a self–taught painter. He received some training from the Olorun Foundation, the only institution offering art education in Burkina Faso. He went on to study design at France’s Ecole Nationale Supérieure de Création Industrielle (ENSCI), from which he graduated in 2003

Ouattara has exhibited widely at galleries in Spain, Morocco, Dubai, Denmark, Sweden, Zurich, South Africa, Dakar and Abidjan, to name a few. Since 2011, his focus has shifted towards his metal furniture, which has been featured in the Financial Times, Domus and TL mag. He was included in Graphic Africa at Habitat’s Platform Gallery during the 2013 London Design Festival, and Africa Africa: Exploring the Now of African Design and Photography at Palazzo Litta in Milan in 2018.

His work will also be shown at Exceptions d’Afrique, a fine art and craft exhibition featuring 26 artists from 15 African to be held in Paris in June 2021. 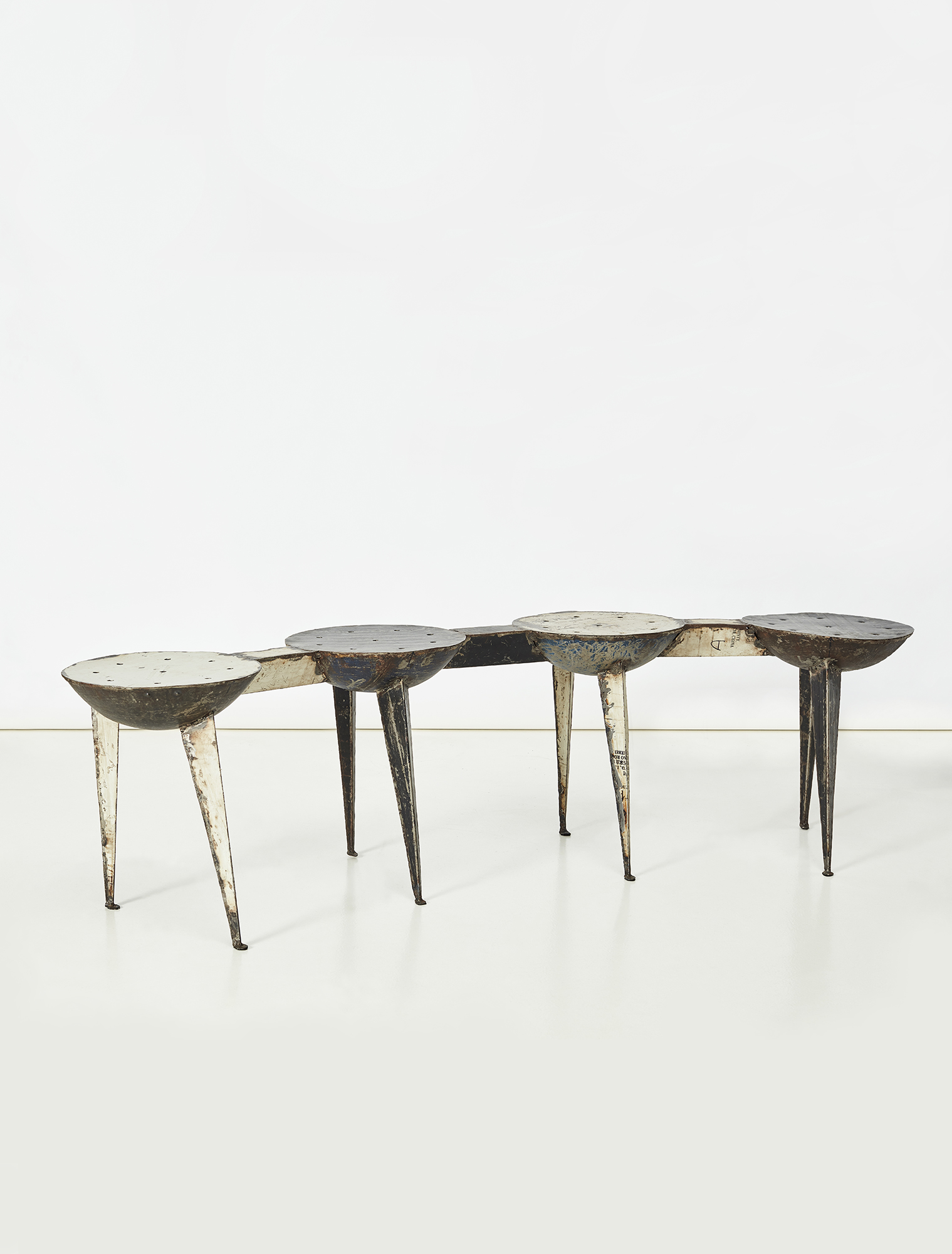