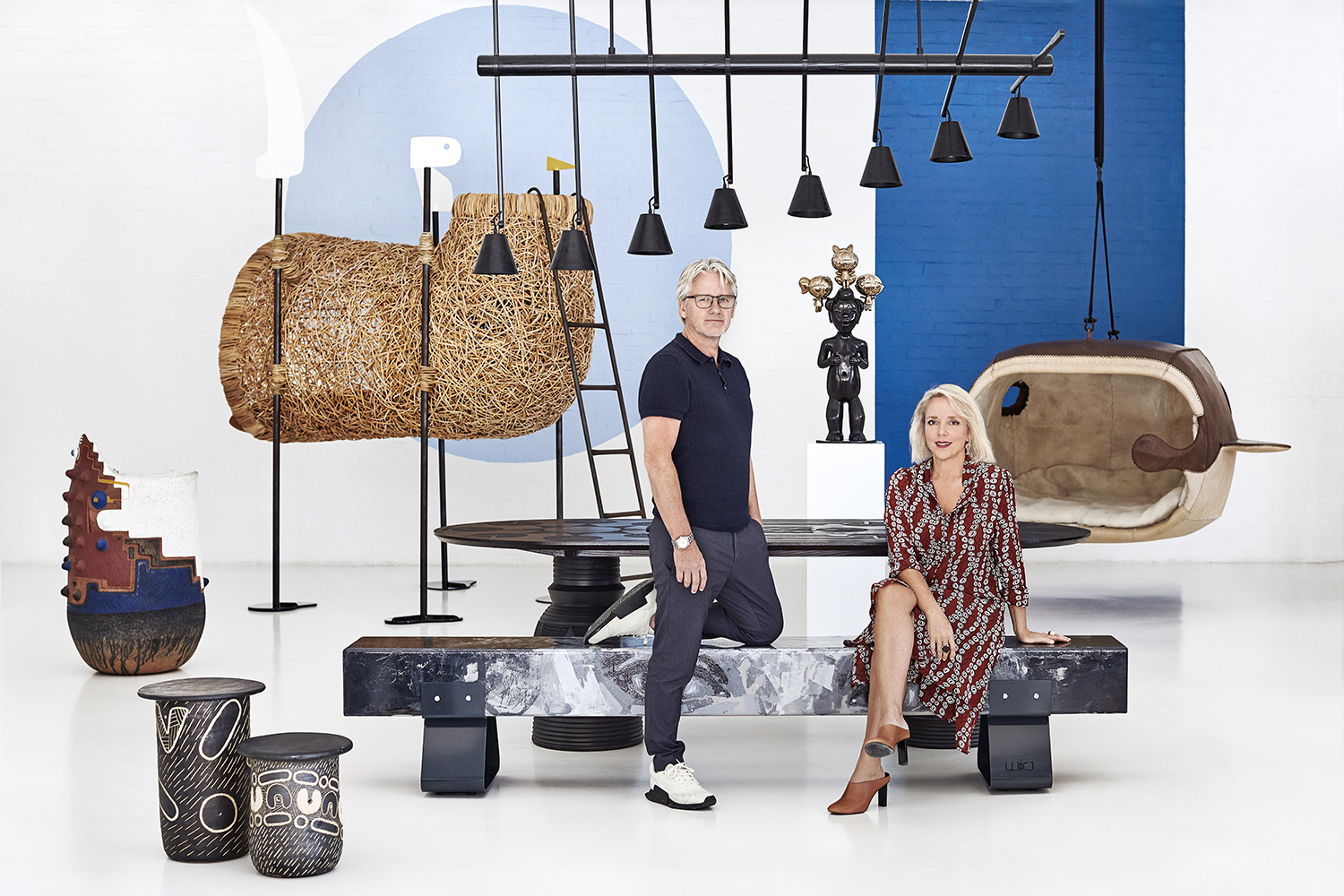 Against the backdrop of a design industry that is still fairly young, Southern Guild gives designers a platform to reimagine what is possible

Southern Guild commissions, produces and exhibits contemporary collectible design by the most compelling talents in South Africa. The gallery has pioneered the collectible design category on the continent, propelling its artists and designers to make original work that is distinctly African and globally relevant.  Founded in 2008 by Trevyn and Julian McGowan, Southern Guild’s rigorous curatorial programme has shaped the world’s perceptions of African design and forged a unique vernacular in the international arena.

Located in Cape Town’s newly revitalised Silo District, adjacent to the Zeitz Museum of Contemporary Art Africa, the gallery showcases limited-edition and one-off pieces that have garnered multiple awards and caught the attention of the world’s leading collectors, auction houses and museums. It was the first African gallery to present at Christie’s London’s annual design auction (2015) and Design Miami (2011), where it still shows regularly (in both the US and Basel). The gallery has also participated in fairs such as PAD London, The Salon Art & Design, Collective New York and Design Days Dubai. It has partnered with renowned New York City-based galleries R & Company, Friedman Benda and Todd Merrill, further exposing its artist-designers to the most important international audiences.

Southern Guild pieces have been included in Making Africa at the Vitra Design Museum and Beauty–Cooper Hewitt Design Triennial at the Cooper Hewitt Smithsonian Design Museum, and have been acquired by the National Gallery of Victoria in Melbourne and the Los Angeles County Museum of Art.

The gallery works closely with a diverse roster of multi-disciplinary designers, fulfilling the role of mentorship and incubation, facilitating production where necessary, and acting as a conduit between South African artisans and international galleries seeking local production capabilities. Alongside its programme of local and international exhibitions, Southern Guild works closely with clients and collectors, overseeing ambitious projects involving architectural intervention, interior design and the commissioning of custom works.

Globally recognised as the leading African collectible design authority the gallery has set benchmarks of quality that have influenced the African design industry as a whole. A common thread uniting its roster of designers across mediums and methods is an abiding commitment to showcasing African materials, motifs, traditions and techniques. Collectively, these artists have elevated the role of craft, honouring the rich indigenous traditions of making by hand whilst seeking out bold new interpretations.

The story behind the artistic collaborations and dynamic works launched at the second Guild Design Fair, with its impressive line-up of many of the world’s leading collectible design galleries.

A look at Porky Hefer’s process as he works on his Endangered project, presented at Design Miami/ Basel 2018 by Southern Guild and SFA Advisory. Produced in collaboration with craft groups in Cape Town, the sculptures were sold to benefit the Leonardo DiCaprio Foundation.

Our Partnership with BMW

Southern Guild is proud to partner with BMW South Africa on a year-round programme of design-led projects and events pairing luxury-class motoring with the best of South African design. With its focus on excellence, performance and leading-edge design, BMW takes absolute creative freedom in all its cultural activities –which is asessential for groundbreaking artistic work as it is for major innovations in a successful business.

Southern Guild partners with BMW South Africa to go behind the scenes with gallery co-founders Trevyn and Julian McGowan during lockdown. When the pandemic struck, we found different ways of working, staying agile in order to keep moving forward. Some of our artists moved into their studios or set up makeshift workshops at home, in order to continue producing work. It required an innovative mindset - the kind of problem-solving that drives creativity. The resulting pieces are on show in 'Solace', our group show running from 29 October until 4 December 2020.

Similarly, BMW South Africa has been ahead of the curve with BMW Anywhere, its digital-first purchase experience that gives you all the benefits of a brick and mortar dealership. So, wherever you go, a dealership goes with you – a new way to buy BMW.

Presented in cooperation with BMW South Africa, this short documentary follows the making of 'iThongo', ceramic artist Andile Dyalvane's latest collection, co-presented by Southern Guild (Cape Town) and Friedman Benda (New York) galleries. The collection of ceramic chairs was first showcased in its entirety at Dyalvane's rural village, Ngobozana, in the Eastern Cape province to honour his ancestors and the community that raised him.

Sculptor Justine Mahoney talks about her latest series of figurative bronze sculptures, and her collage process through which she forms her characters. To accompany her exhibition, BMW and Southern Guild commissioned Justine to design a limited edition of collage prints to commemorate the launch of the BMW 2 Series Gran Coupe. The artwork mixes science fiction and traditional African culture to imagine what the next generation of creative African thinkers could look like.

Stanislaw Trzebinski: In the Absence of Light

The making of Kenyan sculptor Stanislaw Trzebinski's solo collection of work 'In the Absence of Light' for Southern Guild gallery, which included a custom wrap for the new BMW Z4 Roadster. The organic pattern he designed to cover the car is based on his interpretation of Turing patterns, created using the algorithms of growth found in natural forms such as coral.

A film about Conrad Hicks by Gavin Elder

Commissioned by BMW to mark its visionary support of forward-thinking design, this film by Gavin Elder takes us inside the mind of Conrad HIcks, South Africa's foremost artist-blacksmith. Made on the occasion of Conrad's solo exhibition, 'Implement', at Southern Guild, it explores the role of toolmaking in human evolution and features a score by Italian composer Alessandro Gigli, made from sounds captured inside Conrad's studio.

A Decade of Iconic Design

A look back at 10 years of Southern Guild’s trajectory, from the inception of African collectible design to global recognition – told through a BMW X4 illustrated by Atang Tshikare.

Let’s talk about courage,
And why we need it more than ever.

Courage is independent and disruptive.
Courage questions, shatters and awakens.

We need bold, courageous voices.
All of us. We need fresh thinkers with optimism.
Daring dreamers who don’t accept ‘no’ for an answer.

We believe in the front runners. The avant-garde.
Those who fight stagnation and backwardness.

Courage only knows forward.
Driving the pioneers of our culture to inspire tomorrow.
To create a sublime kind of new.
Reaching a superior level of excellence.

This is where a new kind of luxury is born.